There are many benefits when it comes to nasal breathing during your workout.

Controlling your breathing to inhale and exhale out of the nose rather than the mouth creates more pressure due to the noses small exit route. This technique helps to create a slower exhalation and helps in the overall release of oxygen. Not to mention, the nose is lined with small hairs that help to purify the air that enters your body.

By breathing through the mouth it restricts your breathing which in turn negatively affects respiratory function and decreases energy.

While working out it’s best to inhale through the nose as it allows a deeper and fuller breath which helps the lungs to deliver larger amounts of oxygen throughout the body, detoxifying the body as you train. Breathing through the nose helps to decrease the speed of air flow to the lungs allowing the lungs more time to extract the oxygen from the air that has been inhaled.

Breathing through the mouth causes a significant loss in carbon dioxide absorption to the body. When carbon dioxide decreases too quickly, the body is less likely to absorb enough oxygen which can result in dizziness or even fainting.

Chrissy Lundgren
Burn it Off by Chrissy
IG @burnitoff_bychrissy 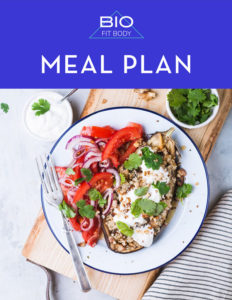 Download our free meal planning guide for tips on how to organize your meals and create a customized plan for yourself.